I recently predicted that Facebook will eventually destroy LinkedIn. Today, that prediction came closer to reality as the world’s largest social network announced a partnership with national employment services and the US Department of Labor. According to Facebook’s official statement, the Social Jobs Partnership goal will be “to facilitate employment for America’s jobless through the use of social networks.”

Facebook has launched a page, facebook.com/socialjobs, which features resources and information for job seekers from the coalition’s other partners: The National Association of Colleges and Employers, the DirectEmployers Association, and the National Association of State Workforce Agencies, along with the Labor Department. Facebook plans to create public service announcements to promote its services in the ten states with the highest unemployment rates, which, according to CNN Money, are Michigan, Rhode Island, California, South Carolina, Oregon, Nevada, North Carolina, Georgia, Alaska, and Florida. 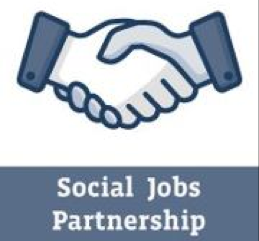 Included in Facebook’s list of initiatives is this intriguing item: “The partnership will explore and develop systems for delivering job postings virally through Facebook at no charge.” Does that mean Facebook will officially enter the job-search market? If so, well, Mashable’s Sarah Kessler put it bluntly: “A job board that lives on Facebook could put the social network in direct competition with sites like LinkedIn and Monster.com.”

LinkedIn already faces challenges from Monster-owned BeKnown and the startup BranchOut, which have launched recruiting applications for Facebook. If Facebook itself gets into the game, it may make LinkedIn irrelevant even before my 2013 prediction.

And that’s just the start of the dominos falling. Monster would find itself in a particularly strange position as its host starts directly competing against it. Monster may drop its Facebook application and return to its own site – but if that strategy was working, why did it approach Facebook at all? Craigslist would also stand to suffer if Facebook allows free job listings, because the social network could offer more focused targeting than Craigslist’s city sections do. BranchOut, with no corporate “parent,” may simply disappear.

When Mashable’s Kessler pressed Facebook on this important matter, a spokesman told her, “We’re going to invest in research in new technologies that will deliver jobs virally at no charge and expand opportunities for people to create social job searching experiences online.”

That one sentence may alter the future of four different corporations and the entire online recruiting world. You know where I stand; what’s your prediction?

This week, the Wall Street Journal published a story by Joe Light that highlighted certain employers, such as Waste Management, finding more recruitment success on Facebook than on LinkedIn. 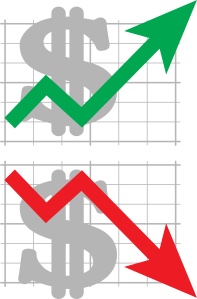 But it isn’t just the job boards that should be worried; Facebook will destroy LinkedIn, too. Here’s why:

Facebook has more people, spending more time on the site, using innovative technology and getting personal referrals. LinkedIn has only its reputation and clean—bordering on empty—interface. I predict 2011 will be a tough year for the professional networking site. 2012 will be brutal. And, sometime in 2013, Facebook will finally destroy LinkedIn.